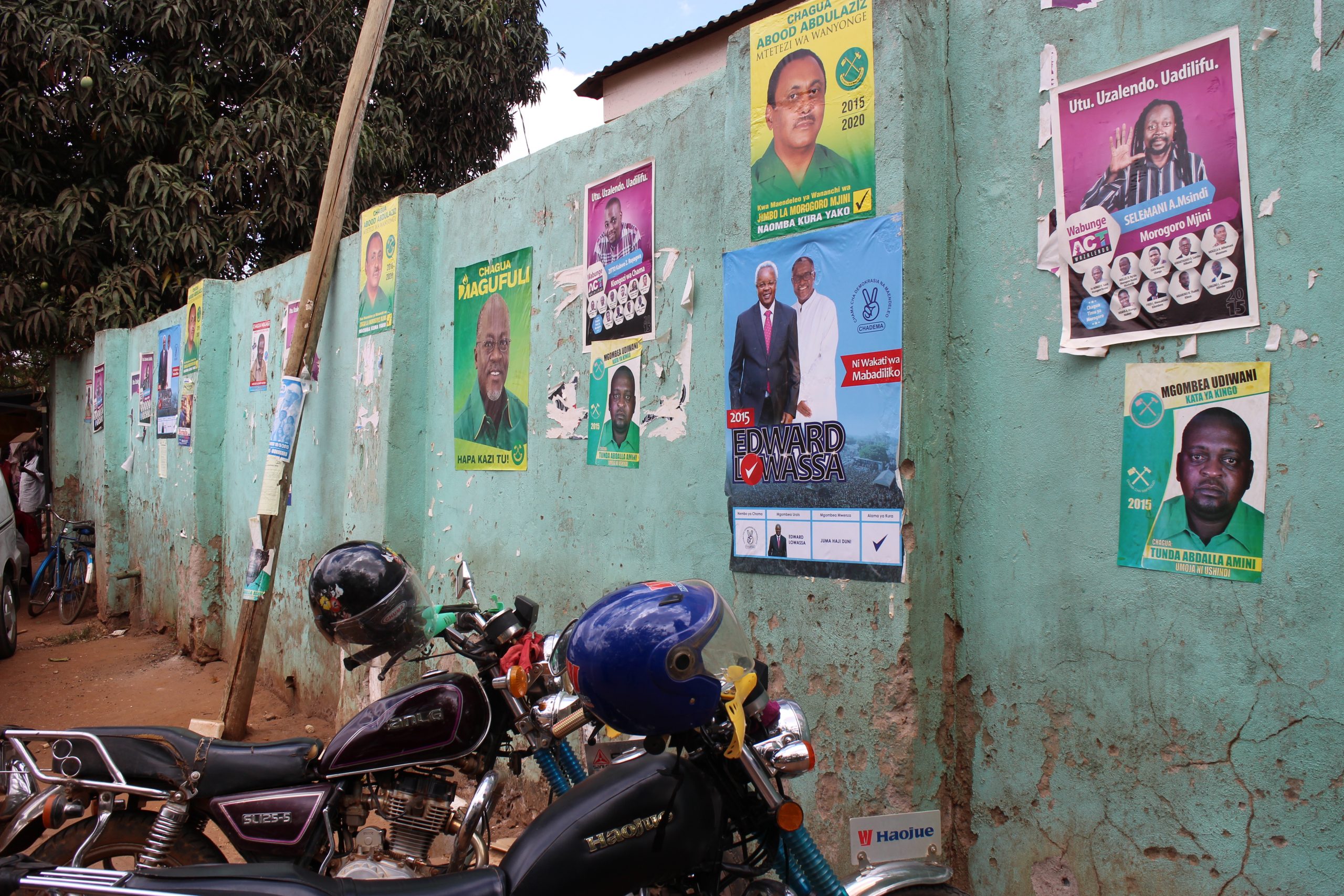 Tanzania has been a peaceful country since its independence in 1961, and the elections have been free and fair with little competition from opposition parties. This fall we have seen many interesting turning points on the way towards the vote.The defection of former CCM prime minister and prominent politician Edward Lowassa to the opposition has generated fissures inside the ruling party and given an added boost to a more unified opposition. Lowassa is now the main opposition candidate for presidential elections.***Civil Society Organizations (CSOs)  in Tanzania have been in the forefront of promoting peaceful, free and fair general election and civic engagement to promote broader citizen participation in democratic processes. Media Council of Tanzania  (MCT) and BBC Medias Action are working closely to increase the ability of journalist to effectively inform the public about the elections without being biased. MCT is doing analysis how of radio, TV and newspapers are reporting on electoral processes. ”We have few media outlets which are problematic. They are taking a stand towards certain political party, mostly preventing information of certain political party. The language and slang they use are not objective. It is not unethical for certain media and journalist to support certain political party, but if they do, they have to declare their interests”, says MCT secretary, Mr Kajubi Mukajanga.Since MCT started to produce its’ media monitoring report, some editors have started to change and become neutral. The positive note is that many media outlets have devoted their time reporting on election process in Tanzania. Some have devoted pages and special TV and radio programmes for the election.According to MCT a tight election or the perception of a rigged outcome could increase the chance of post-election violence. This has created fears among citizens and some are planning to leave the main city or even travel to nearby countries, or not leave their houses on Sunday.***On the other hand Union of Non Governmental organizations in Morogoror (UNGO) is promoting peaceful election in Morogoro Municipality. This initiative strives to build communities’ capacities to effectively participate in peace processes before, during and after general election. It also promotes the participation of all members of society, particularly youth, who are normally locked out of mainstream peace processes.UNGO has established seven peace councils drawn from political parties, community members, and local government officials. The council members are trained on how to monitor any signs of violence and breach of peace, after which they organize and conduct dialogue forums with their respective communities.***The network of Tanzania election observers known as Tanzania Civil Society Consortium on Election Observation (TACCEO) have observed voters’ registration process in a newly introduced technological system (Biometric Voters Registration).According to TACCEO The registration exercises faced a lot of uncertainties such as BVR machines failure, double registration of voters, long queues and unpreparedness of National Electoral Commission to carry out the exercise.Attempting to communicate equally to literate and non-literate voters, Policy Forum has produced a TV spot that is currently being aired on Independent Tanzania Television (ITV) which aims at sensitizing citizens to exercise their right to vote.***Tanzanian CSOs have also launched their election manifesto, which pushes for integrity and proper utilization of natural resources for the benefit of the majority. It further advocates civilized election campaigns through focusing on public interest issues and refraining from bribing voters.It also pushes for proper separation of power while calling on the electoral bodies – the National Electoral Commission (NEC) and Zanzibar Electoral Commission (ZEC) – to ensure they stick to laws governing elections and ensure that justice is done to every political party. Moreover, CSOs want that the security organs execute their duties diligently and avoid siding with any political party.On Sunday we will see, how the manifesto works.