Etusivu » Ajankohtaista » No mercy for tax avoiders in Tanzania 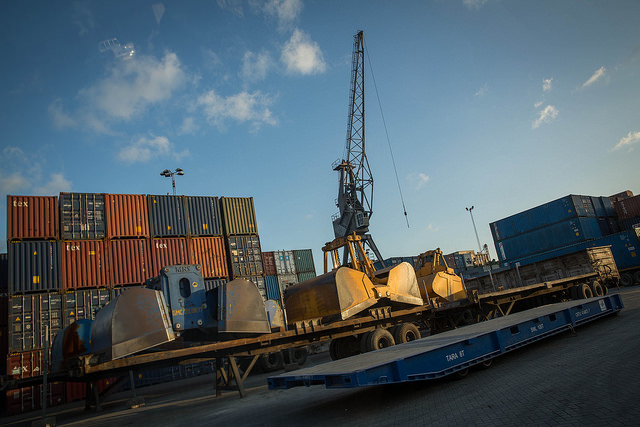 A few days after stepping into the statehouse last November, Magufuli made a surprise visit to the Tanzania Revenue Authorities (TRA). During the visit, evidence of tax fraud that engulfed the revenue institution, surfaced. It was revealed that 14,000 containers were released through Dar es Salaam’s port without tax clearances.President Magufuli took vicious action against TRA officials and the Dar es Salaam Port Administration over alleged abuse of office and causing losses to the government revenues. The actions against the culprits suggests that the president has no mercy over tax avoidance.***Magufuli has expressively been saddened by the fact that Tanzania is rich in resources but still remains dependent of donors. The country loses billions of shillings in tax revenues through systematic tax evasion, avoidance and other illicit outflows that are draining domestic resources.Currently the annual tax revenue collection in Tanzania is 7 billion USD, or 12 percent of Gross Domestic Product (GDP), the lowest ratio of tax to GDP in the East African Region. In the financial year 2014/2015, Tanzania gave away handsomely 2 percent of the GDP in tax exemption, the highest rate in the region.Unfortunately, the economy isn’t growing at the same pace as national debt and recurrent expenditures. Chief Auditor General, Professor Abdallah Assad has recently warned against the trend by saying that 46 percent of our GDP is spent on debt servicing and the remaining amount is only enough to pay salaries of civil servants.This is a worrying situation as there is no tax money remaining to invest in development projects that could propel economic growth.***Magufuli has pledged to introduce a raft of measures to boost revenue collection and double the country’s monthly tax revenues to 843 million USD over the next five years.The government has already taken some measures in order to improve efficiency, transparency and accountability in tax collection, as well as to curb tax evasion and avoidance.Practical actions include outright termination of the TRA Commissioner General and other officers being charged in court over abuse of office and causing losses of government revenues. Over 100 TRA officers have been relocated from Dar es Salaam to other regional offices.Since the measures were taken, TRA has effectively collected above 100 percent of monthly estimated tax revenues, as the amount reached 600 million USD, which is beyond average estimates for 2015/2016. The average collection before Magufuli came into power was less than 500 million USD.The increase however, is attributed to payment of arrears that those who avoided paying taxes in 2014 and 2015 owed to the government. But to a large extent, there is no laxity as TRA officials have become more vigilant over tax issues than ever.***Early this year, Magufuli assured the business community that his government is pro-business but the businesses must pay their fair share of taxes.Magufuli instructed the Tanzania Revenue Authority to step up revenue collection from large tax payers and curb tax evasion without fear or favor. Similarly, the Ministry of Finance has been ordered to crack down on tax exemption.Minister of Finance Philip Mpango informed the parliament in the April session that the government has reduced tax exemptions extended to mining companies from 17.6 percent to 9 percent of all tax relief granted to mining investments.***While Magufuli, enjoys a massive support from poor Tanzanians who often call him ”the bulldozer” for building desperately needed roads across the large nation in his previous post as a cabinet minister, he has a long way to go in order to combat tax evasion and avoidance.Much of what is happening at the moment is down to Magufuli’s own courage, conviction and authoritative leadership style, as the country is still, lacking strong institutions.Without working to progressively build strong institutions with rigorous rules and regulations for sustained actions on tax revenue collections I bet, his efforts are bound to fail.