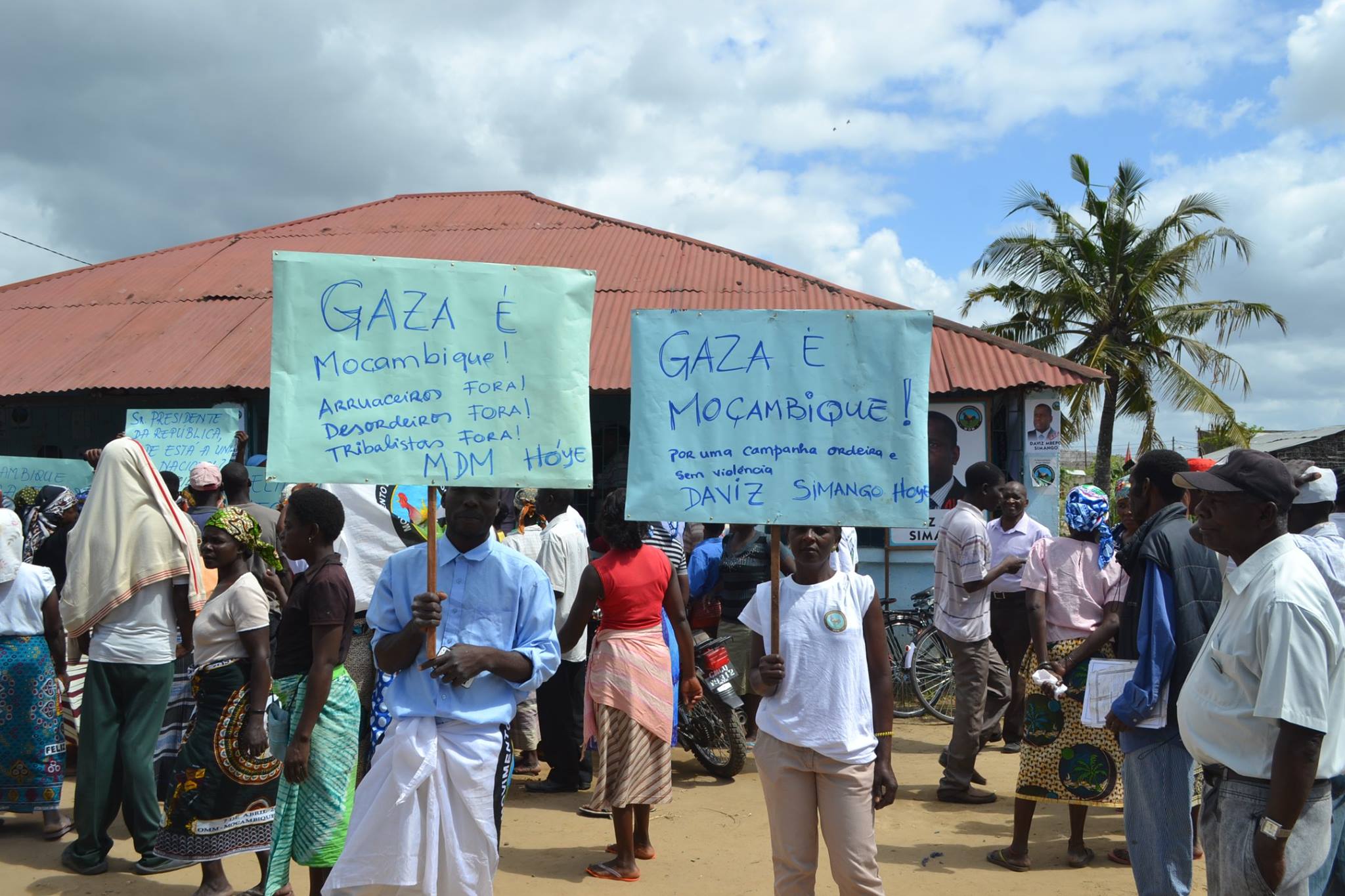 “There can be violence after the results announcement if one of the main parties Frelimo, Renamo and MDM does not accept the result and alleges the existence of fraud in the process”, says Alice Mabote, president of Human Rights League of Mozambique (LDH), who gave voice to CSO concerns.The alert was made by Public Integrity Center (CIP), Youth Parliament, Human Rights League of Mozambique (LDH) and Forum of Community Radio (FORCOM), in a press conference held in Maputo. CSOs call for zero tolerance against electoral violence, impunity and the incapacity of electoral and justice institutions.So far there has been few and localized incidents between supporters of the ruling party Frelimo and supporters of the Democratic Movement of Mozambique, a prominent opposition party.There are tendencies that Frelimo starts the turmoil against opposition. Police tends to protect supporters of the ruling party and arrest supporters of opposition – there is no impartiality and this has benefited the ruling party.***“The electoral period in most African countries shows that violence appears when the electoral process is not organized in such a way that all players accept and trust the institutions responsible for organizing the elections”, Alice Mabota argued in order to reinforce the CSO concerns on the possibility of post electoral turbulence.“Kenya (2007-2008), Zimbabwe (2008) and Ivory Cost (2010-2011) are just a few examples of this.”In Mozambique the previous election was contested because there were some incidents, that resulted in invalidation of results  supporting the opposition. The ruling party also used publicity to promote their candidates and party whereas opposition parties did not have the same opportunities. Visibility in the media was dominated by government and the ruling party.***All of the parties have a similar message in the upcoming elections: citizen participation in decision making and natural resources for poverty reduction need to be improved. The key message is to make the government more accountable.However, the new threat of violence under the elections shows that there is no real political tolerance in Mozambique. People from different parties cannot live in harmony and in peace.