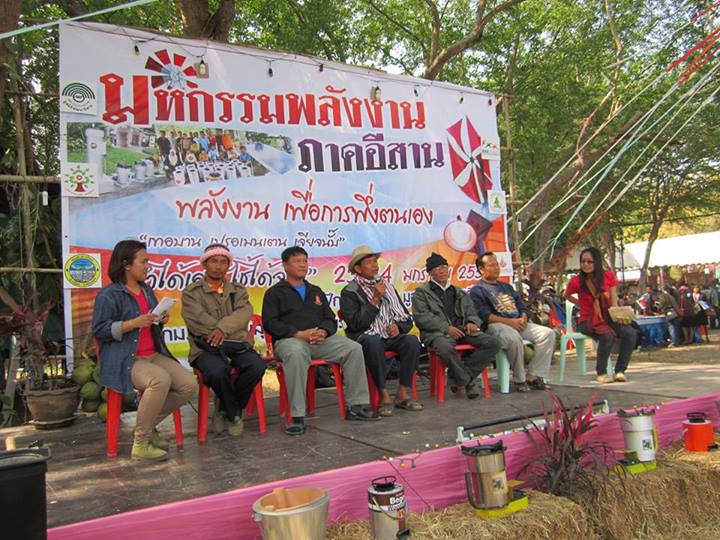 The Earth’s rising temperature is affecting crop yields. Extreme weather is causing economic damages. Electricity price is escalating. Unemployment is soaring. Climate change is affecting us all. But one inconvenient truth is the impact is particularly serious in areas where the poorest population live.Since 2012, Kepa Mekong has committed to partner with NET Foundation, a grassroots organization in Isan, to promote renewable energy policy and climate adaptation action as part of the solution to these big problems. We believe our effort will not only alleviate the impact of climate change on the poor but also enable them to live in a more just world.Isan is a local word referring to the Northeastern region of Thailand. According to Thailand’s Office of the National Economic Development Board, Isan makes up one-third of the country and is the largest of all the regions.Excluding Bangkok, it is home to the highest proportion of Thai population. However, this same region has the lowest Gross Regional Product (GRP) per capita. It has the highest concentration of the country’s poorest population and the highest unemployment rate.***One of the activities organized by the NET Foundation is the Isan Energy Festival that is a public event to showcase and promote a brighter energy future for communities in Isan. It seeks to foster greater learning of energy and environmental issues in Isan and connect the grassroots to national energy policy.This year the event received generous cooperation from local authorities, non-government organizations, journalists, academics as well as local communities.The event showcased layman-friendly exhibitions on renewable energy innovations and climate adaptation solutions ordinary people can use in their everyday life. People were able to learn and find answers about things that directly impact them from rising electricity price to why international climate negotiation matters to them.***Putting local communities at the center, the event sought to convey information and advocacy in the most accessible and practical way possible to local communities. The event brought together experts in their respected subjects.Through a series of forums and workshops, participants were able to learn not only Thailand’s renewable energy policy but also real-life experience and best practices from local leaders.Appreciating the potential of local knowledge and applying it in modern scientific framework was a strong feature of the event.Apart from panel discussion on contemporary energy issues such as the impact of climate change and national energy policy, the festival featured a model solar house demonstrating how each household can take advantage of solar energy to minimize the use of traditional energy sources.There were also workshops where participants learned water management, waste management and food security. Seeing with their own eyes that a solar home can generate enough energy to supply TV, computer, lighting and other electric appliances, participants witnessed the true potential of solar energy.The workshops also incorporated a good combination of contemporary science and local wisdom. Encouraging local people to take the initiative and make use of local expertise is a key essence in making national energy policy works for people at the grassroots.As a quantitative evidence of success, the festival was attended by 1,000 people including a good number of village leaders and government officials. The vice provincial governor of Surin came to lead the opening ceremony and personally took part in the festival.***Climate change is an undeniable phenomenon. Thai government has acknowledged this problem and produced several initiatives particularly in national energy policy. Of all ASEAN countries, Thailand has set the highest target for solar power production.The Renewable and Alternative Energy Development Plan 2012-2021 (AEDP) has aimed for 2,000MW of solar power to be achieved in 10 years.The government has introduced a community solar farm program with a generous incentive scheme called Adder, in which individual villagers can sell electricity generated from small solar farm or solar roof to the Electricity Authority of Thailand at a secured rate of 8 Baht/kWh, in contrast to the usual price of 2-3 Baht/kWh.However, the beneficiaries appear to be mostly big business. The poor are unable to take an advantage of this economic opportunity because of the lack of information.Kepa Mekong has commissioned two climate mitigation survey projects in Thailand and Vietnam in partnership with Healthy Public Policy Foundation (HPPF) and GreenID respectively. We hope our projects will help bridge the gap between national climate framework and the grassroots.NET Foundation and Kepa Mekong are small civil society organizations and our impact may be limited. But we believe that as we continue to educate the people to proactively learn, critically think and collectively act, change is possible.***Watch also NET Foundation’s photo story from the festival.