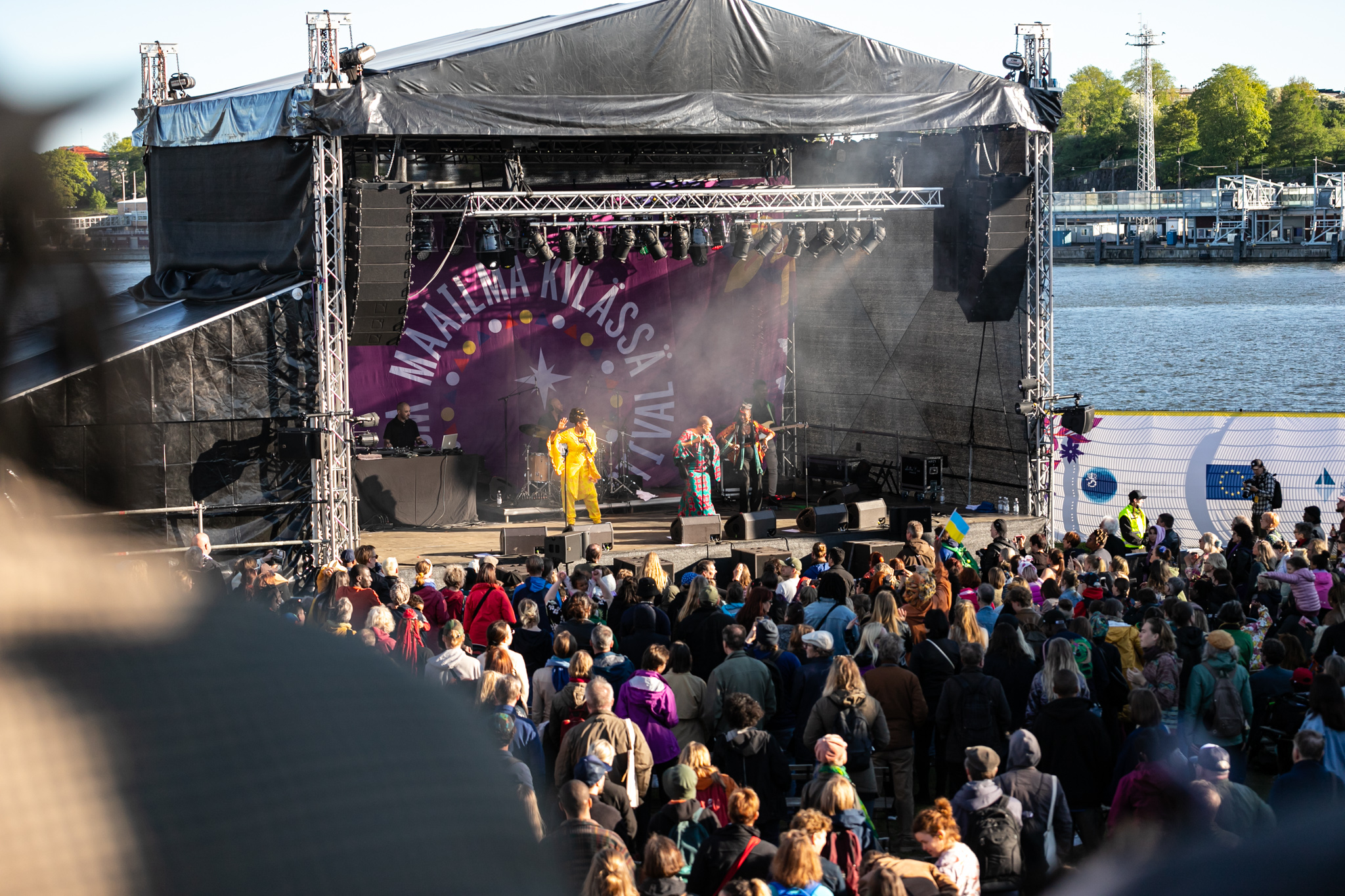 A cultural festival focusing on sustainable development themes, this year’s World Village Festival saw double the targeted number of festivalgoers. The rain showers seen on Saturday did not affect the talks and discussions held indoors at Helsinki’s Tiivistämö event venue, and on Sunday the festivalgoers got to enjoy plenty of sunshine.

– There was a steady turnout at Tiivistämö throughout the festival, and the talks and discussions programme also attracted plenty of interest online. On Sunday, the bigger gigs at Allas Sea Pool were played to full audience capacity. People were having an excellent time. We can be extremely pleased with this year’s festival, says World Village Festival Communications Manager Nelli Korpi.

Tiivistämö was visited by 1,800 people over the weekend, and the concerts at Allas Sea Pool attracted a total audience of 10,000. The stands of civil society organisations and other sustainable development actors had a constant flow of visitors throughout the day, with the turnout on Sunday totalling around 7,000 people. The concert by Nicole Willis and Gospel Helsinki filled up the Temppeliaukio Church with an audience of almost 700 people. The Online Cinema and the streamed talks and discussions programme both had 1,000 viewers. The total number of people attending the free festival was around 21,500. All festival events were peaceful, with no incidents reported.

– On Saturday, the spoken word show of Laura Eklund Nhaga, Paleface and Hassan Maikal impressed the audience at near-full Tiivistämö, while in the evening the crowd went wild at the sold-out gig of Orkesta Mendoza, and NaharY put on a brilliant open-air party at the terrace. The atmosphere at the talks and discussions programme was receptive and focused, with a proper festive mode finally experienced after a long wait. As expected, Tuure Kilpeläinen ja Kaihon Karavaani, Santrofi and Les Amazones d’Afrique filled Allas Sea Pool to the brim. Families with children also turned up in large numbers on Sunday morning, says Korpi, summing up the highlights of the festival.

This year’s festival took place on a smaller scale and on multiple sites for practical reasons, but the plan for next year is to organise the World Village Festival again as a single large event at the Suvilahti events site during the last weekend of May (27–28 May 2023). Next year’s theme will be published during the summer.